Its one of the things that data analysts do best showing what data can do. By thinking critically about information through evidence-based data gathering, data modeling, and quantitative analysis analysts can then present the results in compelling ways to support strategic decision-making. An example of such a presentation is the data visualization created by [email protected] which compares Star Wars movie revenue to the lifetime box office revenue for 23 of the actors whove had roles in the films.

The success of the franchise is likely no accident. In a world where nothing is a sure bet, Hollywood executives use predictive analytics to help make strategic decisions about which films they should throw their support behind. By using past data such as how well a particular genre is performing, the box office receipts for related films, and the popularity level of starring actors analysts can predict whether or not a film will be a hit.

Another hit is what Disney which purchased LucasFilm in 2012 is anticipating this month. Episode VII, The Force Awakens, is expected to break box office records with an anticipated $650 million during its opening weekend. The depth of loyalty of Star Wars fans was demonstrated recently by an estimated 130,000 fans who lined up for midnight openings that offered the new lineup of Star Wars toys.

If Yoda were an executive, he wouldve blamed unseen forces for business failure: The Dark Side clouds everything. Impossible to see the future, it is.

Its too bad he didnt know about the power of predictive analytics which is definitely a force to be reckoned with. 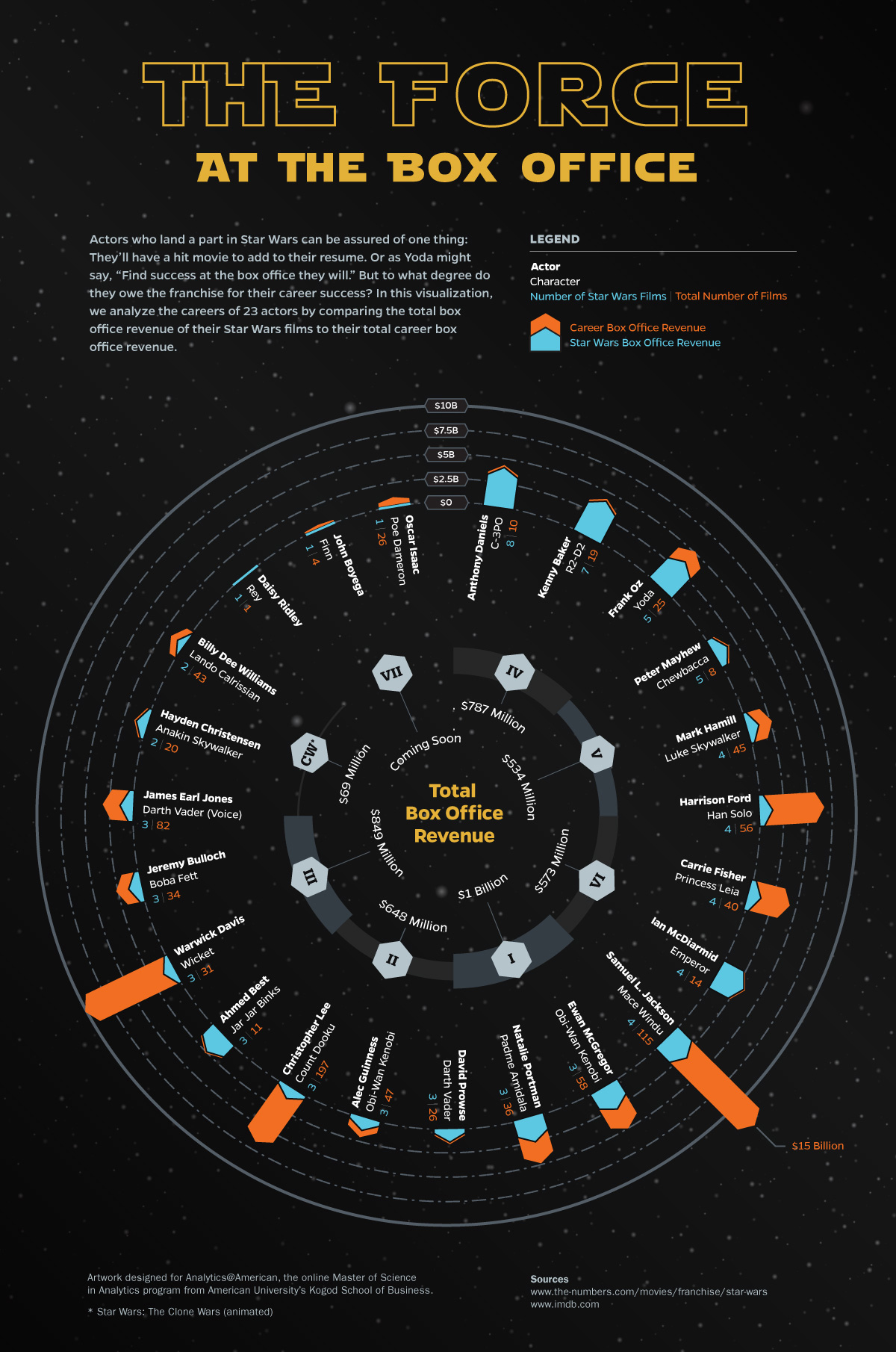 [email protected]'is the online Master of Science in Analytics from The Kogod School of Business at American University. The program offers concentrations in Business and Policy, Financial Analytics and Marketing Analytics and requires no standardized test scores or minimum professional work experience to apply. To learn more, visit onlinebusiness.american.edu/analytics.