Governance of data and related analytical processes isnâ€™t something that most people get excited about. In fact, many people dread the idea of working under â€“ or even discussing â€“ formal governance policies. However, with some slight changes in thinking and positioning, the role of governance can come to be viewed more positively and as something that will be good for everyone. This blog will discuss one way to change your companyâ€™s positioning of the role of governance to something more palatable to the broader organization.

Many organizations focus on the need for policing user actions when discussing governance. While there is an element of policing involved, the use of that term brings multiple associations to peopleâ€™s minds, many of which are not positive. When governance is thought of as policing, it leads to these negative associations: 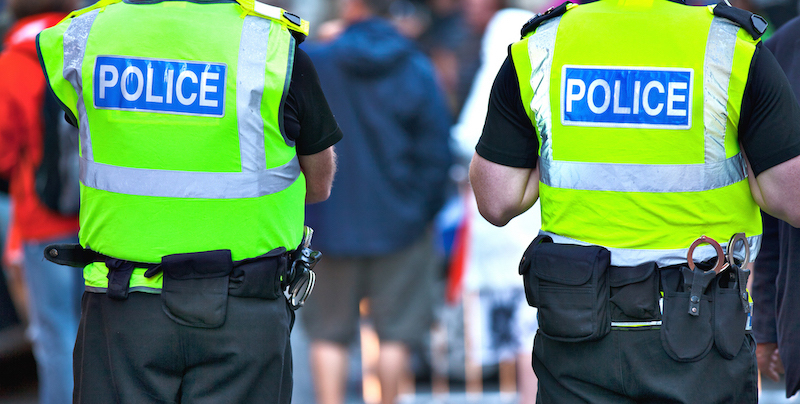 I am not saying that these feelings are a fair assessment of what policing in general is all about, but it is the reality of what many people feel. Think about it. In your daily life, if the police get involved with anything you are doing it is almost certainly because either a) you are suspected of doing something bad; or because b) something bad happened to you. Even the most ardent supporters of police would be perfectly happy to never need to interact with their local police in an official capacity.

What this means is that if you allow the organization to view governance as a policing exercise, then people will be concerned about having official interactions with the governance team or governance processes as they do their jobs. They will want to avoid the governance team and their processes rather than embracing and partnering with them. This isnâ€™t unlike how you might be quick to turn into a parking lot when a police car is behind you to let is pass just because you donâ€™t want to accidentally do something to get a ticket. The police officer may be paying no attention to you at all, but just knowing the officer is behind you causes you stress.

Instead of focusing on policing, try to position the role of governance like that of a referee. Referees are widely present and accepted in all types of sports, as well as in other contexts. When people think of refereeing being involved in an activity, they tend to have positive associations in their minds. When governance is thought of as refereeing, it leads to these positive associations: 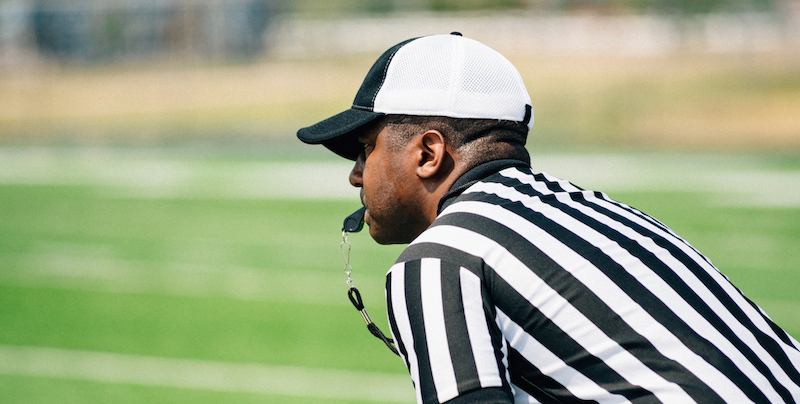 In a well-played game, a referee is barely noticeable. For the most part, referees let players play unless they see a problem. Even then, most problems are minor fouls that require no more than a brief stoppage of play after a quick whistle. When done properly, a referee calling fouls keeps players safe and operating within the rules, but not in a heavy-handed way. Of course, referees can step in with harsher penalties, including ejection from the game, when it is required. However, these instances are rare, and in most cases, it is clear to everyone why someone received such a harsh penalty.

By positioning your governance organization and processes in the role of a neutral referee, it indicates an atmosphere of trust and a default state of letting people do what they need. Sure, you may have to nudge users here and there to do something differently, but people arenâ€™t too concerned over the occasional whistle being blown. They will feel comfortable doing what they need to do without feeling like they are being surveilled under an assumption that they might be doing bad things. The referee may be there, but they are not an imposing presence that causes you much concern.

Can Your Organization Make The Change?

The distinctions made between policing and refereeing in this blog may seem small and mostly semantic. In many ways, that is true. However, while it is true that the roles of policing and refereeing in governance are very similar to each other if you consider it logically, the way those roles are interpreted emotionally by people can be very different. Why not use semantics and positioning that will make people in your organization more comfortable, especially if it doesnâ€™t require much change to the substance of what you are doing?

As with many issues dealing with people, accounting for their emotional side can be as important as appealing to their logical side when implementing and enforcing governance standards. Positioning governance more like refereeing than policing will lead to people finding it more palatable.

Bill Franks is an internationally recognized analytics, data science, AI, & big data thought leader, speaker, executive, and author.  Franks is also the author of Winning The Room,97 Things About Ethics Everyone In Data Science Should Know, Taming The Big Data Tidal Wave , and The Analytics Revolution. His work has spanned clients in a variety of industries for companies ranging in size from Fortune 100 companies to small non-profit organizations.  You can learn more at https://www.bill-franks.com.